Arvind Kejriwal-led Aam Aadmi Party (AAP) governmenton Tuesday said that Delhi has a deficit of Rs 4,500 crore in the Financial Year 2014-15, and held the Centre responsible for the city’s poor economic condition. 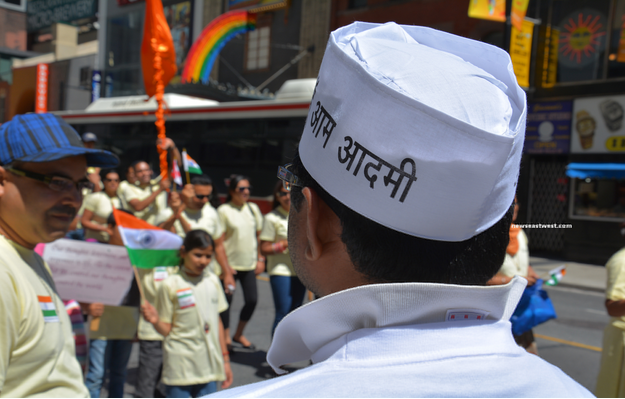 Deputy Chief Minister Manish Sisodia said this while presenting a vote-on-account in the Delhi Assembly and alleged that the financial condition of the city has “deteriorated” in the last one year.

“Last time when we left Delhi government, it was in profit, but in the last one year it has gone into a loss. During that time, the city was being governed by the Centre through the medium of Lieutenant Governor (LG). Accounts of Delhi government reflect deficit of Rs 4,500 cr,” Sisodia said.

Assuring improvement in government services and new projects, Sisodia said, “It is our commitment that we will overcome this financial loss and will also fulfill promises made to the people of this city before the election.”

However, Opposition leaders questioned the need of the vote-on-account, even after one month of formation of the government.

“AAP government is in majority and moreover they are in government for over a month. They should have tabled the final budget instead of Vote-on-Account,” BJP MLA Vijender Gupta said.

Seeking financial support from the Centre, the Delhi government has also demanded an increase in Delhi’s share from central taxes.

“The contribution of Delhi in the taxes is very significant as compared to other cities. Still Delhi’s share in central taxes remains stagnant at Rs 325 crore since 2001-02. The 14th Central Finance Commission has recommended increasing the devolution of central taxes to states from 32 per cent to 42 per cent.

“Had this recommendation been applied then Delhi would have received around Rs 25,000 cr for five years (2015-20),” Sisodia said.

According to Delhi government statistics, the Gross State Domestic Product (GSDP) of Delhi, at current prices in the current year is likely to attain a level of Rs 4,51,154 cr showing a growth of 15.35 per cent over the previous year. At constantprices, Delhi’s economy is poised to grow at the rate of 8.2 per cent during 2014-15 compared to 7.4 per cent growth at the national level.