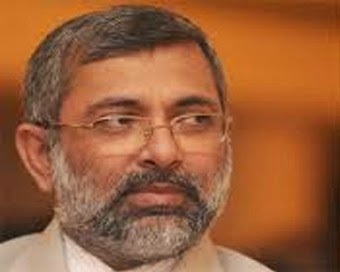 Justice Joseph, who  has earlier raised objections with Chief Justice of India H L Dattu over holding of a three-day long judges conference during holy weekend for Christians, has written a letter to the prime minister explaining his stand and also questioning holding such meetings on holy days.
In his April 1 letter to the PM, he has thanked the prime minister for the invitation for dinner tonight at his residence.


"I regret my inability to attend the event as the Conference coincides with the Good Friday ceremonies. Good Friday is a day of great religious significance to us, marking the crucifixion and death of Jesus Christ.

"Thus, it is customary for us to be part of the religious and other ceremonies with the parents, elders and other family members during the holy weekend.  Hence I would be in Kerala during those days."
Further in the letter, Justice Joseph said he has taken the liberty to express a few concerns, which he felt required the prime minister's consideration.
"Irrespective of the religion, Diwali, Holi, Dussehra, Eid, Bakrid, Christmas, Easter etc. are great days of festival celebrations in the neighbourhood. Your good self would kindly appreciate that no important programmes are held during sacred and auspicious days of Diwali, Dussehra, Holi, Eid, Bakrid etc., though we have holidays during that period as well," he said.
Justice Joseph then referred to historical instances and said that Jews, Zoroastrians, who came to India after being persecuted abroad, got "respect and bonhomie" from then Hindu rulers.

"Our religious and cultural festivals and hues, irrespective of caste and creed, have contributed to the vibrancy of our rich pluralistic culture and ethos. The whole world jealously looks at the beauty of the secular image, communal harmony and cultural integrity of our great Nation.
India must in these trying times, safeguard her credentials and be a model that other nations must follow. he said.

Justice  Joseph, in his letter to PM, further said, "I know it is too late to reschedule the events. But being the guardian of Indian secularism, I request your Honour to kindly have in mind these concerns also while scheduling events and benevolently show equal importance and respect to the sacred days of all religions which are also declared as National holidays.I have shared these concerns with the Honeble Chief Justice of India as well."
Justice Dattu had replied to Justice Joseph saying the question the justice had to ask himself, as he cannot ask the judge, is "whether it is institutional interest or individual interest that one should preference to".