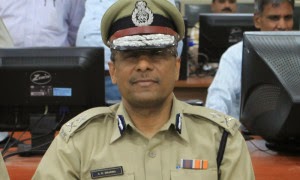 A K Sharma and Amrit Mohan Prasad were appointed as Joint Directors in the CBI for period of five years, said an order issued by the Department of Personnel and Training (DoPT). Sharma, a 1987-batch Gujarat cadre IPS officer, who is currently posted as Special Police Commissioner of Ahmedabad crime branch after his promotion as Additional DGP.