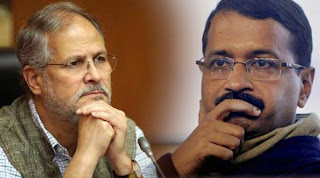 Meanwhile, Delhi government today locked Principal Secretary (Services) Anindo Majumdar's office in Delhi Secretariat. Delhi government had last Saturday transfered Majumdar who issued the order of posting of Shakuntala Gamlin as acting Chief Secretary. However, the Lt Governor overturned the decision in the evening saying that Majumdar's removal does not have his approval and declared it as void.

Actress from Bhopal Divya Chouksey passed away due to cancer