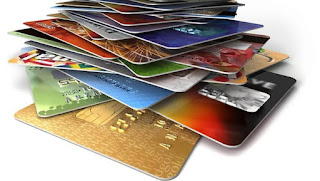 Government on Monday proposed income tax benefits for people making payments through credit or debit cards and doing away with transaction charges on purchase of petrol, gas and rail tickets with plastic money.

In a draft paper for moving towards cashless economy and reduce tax avoidance, the government also proposed to make it mandatory to settle high value transactions of more than Rs 1 lakh through electronic mode.

In order to incentivise shopkeepers, it has proposed tax rebate to them provided they accept a significant value of sales through debit or credit cards.

The proposals are aimed at building a transactions history of an individual to enable improved credit access and financial inclusion, reduce tax avoidance and check counterfeiting of currency.

“Tax benefits in terms of income tax rebates to be considered to consumers for paying a certain proportion of their expenditure through electronic means,” said that draft proposals for facilitating electronic transactions on which the government has invited comments till June 29.

It further said that all “high value transactions of, say, more than Rs 1 lakh, (be settled) only by electronic means”.

The paper said the tax benefits could be provided to merchants for accepting electronic payments.

“An appropriate tax rebate can be extended to a merchant if at least say 50 per cent value of the transactions is through electronic means. Alternatively, 1-2 per cent reduction in value added tax could be considered on all electronic transactions by the merchants,” it added.

Finance Minister Arun Jaitley in his budget speech had said that the government would “introduce soon several measure that will incentivise credit or debit card transactions and disincentivise cash transaction”. - See more at: http://indianexpress.com/article/business/business-others/govt-proposes-income-tax-benefit-for-debitcredit-card-payments/#sthash.gjA4O3K3.dpuf
Special Report