The Galaxy On5 Is Samsung's Latest Entry-Level Phone - coming soon 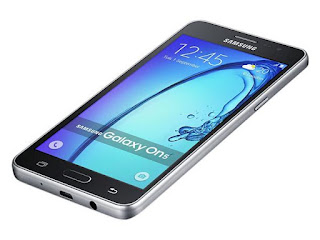 Samsung currently has the largest smartphone offering with its line of Galaxy devices. The tech behemoth is definitely one of the most dominating companies to exist in the world of mobile computing as it continually offers powerhouse, supercharged smartphones to very affordable entry-level pay as you go handsets. However, the South Korean tech giant doesn't want to stop there as it adds the Galaxy On5 to its growing Galaxy family.


The Samsung Galaxy On5 belongs in the entry-level segment of smartphones, GSM Arena reported. It features an "unprecedentedly thin frame and bezel," a 5-inch TFT display with 720p resolution, and a faux leather back. As far as the internal hardware goes, the Galaxy On5 is equipped with a 1.5GHz quad-core processor that looks to be an Exynos chipset. It comes with 8GB of internal storage that can be expanded via a microSD card slot.

Samsung also packed the Galaxy On5 with an 8MP primary shooter that's capable of shooting 1080p videos, and there's also a 5MP front camera built for selfies and video calls. Common to current Galaxy smartphones, the On5 comes with a dual-SIM slot, and it features LTE connectivity for blazingly fast speeds. Furthermore, there's a removable 2,600mAh battery that can power up the device for up to 16 hours of regular usage. Samsung will be selling the Galaxy On5 with a market price of about INR ₹10,000 (about US$154).
There's also a Galaxy On7 that features a larger 5.5" display with the very same 720p resolution, an upgraded camera, and a beefier battery rating of 3,000mAh. According to reports, the handset will sell around INR ₹13,000 (about US$200)
Corporate News TRENDING