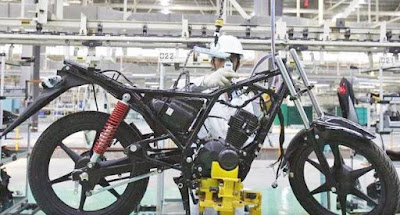 NEW DELHI: In a major setback to the Indian automotive industry, Supreme Court has banned sale of Bharat Stage III (BS-III) vehicles after March 31, 2017. The automobile industry has an unsold BS-III vehicles stock of 8.24 lakh units.

Two-wheeler majors Hero MotoCorp and Honda Motorcycle and Scooter India are offering discounts of up to Rs 12,500 on BS-III models to liquidate stocks, a day after the Supreme Court banned sale and registration of such vehicles from April 1.

The Supreme Court hearing mentioned that public health is more important than inventories and the sale and registration of BS-III compliant vehicles will not be permitted from 1st April 2017.

According to sources in the auto industry, there are 75,000 unsold BS-III commercial vehicles, 16,000 passenger vehicles, 40,000 three-wheelers and 6.71 lakh two-wheelers. Hero Motocorp has over 3.28 lakh units of BS-III vehicles in its inventory which is estimated to be over 1,200 crore.

Pawan Munjal, Chairman, Hero Motorcorp said, "I welcome this move by Supreme Court in the interest of public health. Hero MotoCorp, recognising the need of the hour.We have reduced our BS III inventory significantly in the past few months with the aim to minimise our stakeholder losses."

President of SIAM and MD of Ashok Leyland told ETNow that its unfair if registration of vehicles is not allowed. He also added that Ashok Leyland will not have any impact on company's sales and operations.