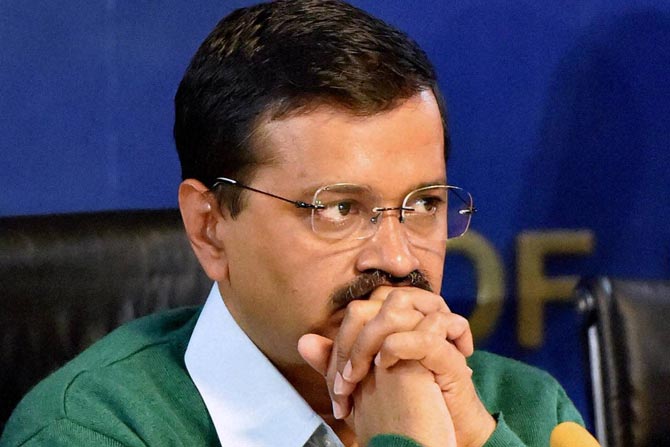 NEW DELHI: A special session of the Delhi assembly witnessed the Aam Aadmi Party government enacting a dramatic demonstration of "EVM tampering" on the floor of the House on Tuesday. A "secret code" rigged the outcome -eight votes polled in favour of 'AAP' after the rigging registered in the name of the 'BJP candidate', resulting in a 'BJP victory'.

Later, CM Arvind Kejriwal dared the Election Commission to provide an EVM to AAP, claiming it could be tampered within 90 seconds by changing its motherboard.

The atmosphere of gloom that had enveloped the party with sacked minister Kapil Mishra hurling a slew of corruption charges at Kejriwal and his colleagues was not at all visible in the House, which adopted a resolution appealing to the President and EC to ensure that every future election is held with voter verifiable paper trail as directed by the Supreme Court. The resolution calls for introduction of a standard procedure whereby votes polled and counted through EVMs in at least 25% of booths that are randomly picked by draw of lots in each constituency are tallied with the physical count of paper trail recorded through VVPAT.

Kejriwal has repeatedly blamed his party's poll debacles on tampering of EVMs. Before Tuesday's demonstration, by party MLA Saurabh Bharadwaj, Kejriwal tweeted, "Saurabh Bharadwaj will reveal the truth behind a big conspiracy in the country. Satyameva jayate." On Monday night, Kejriwal had tweeted, "Truth will win. A beginning will be made tomorrow."
LATEST NEWS