Army officer, who tied man to jeep in J&K, awarded for counter-insurgency ops 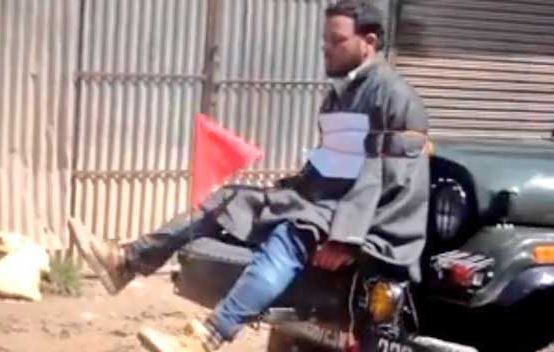 NEW DELHI: Major Leetul Gogoi, the army officer who tied a man to the bonnet of a jeep+ as a 'shield' against stone-pelting mob in Jammu and Kashmir, was awarded the Army Chief Commendation Card for sustained efforts in counter-insurgency operations.

A video of a youth tied to the front of a moving army jeep as a shield against stone pelters went viral last month on social media evoking anger and shock in Kashmir.

The clip, which triggered a public outcry in the restive Kashmir valley, prompted the civil and army authorities to launch separate investigations.