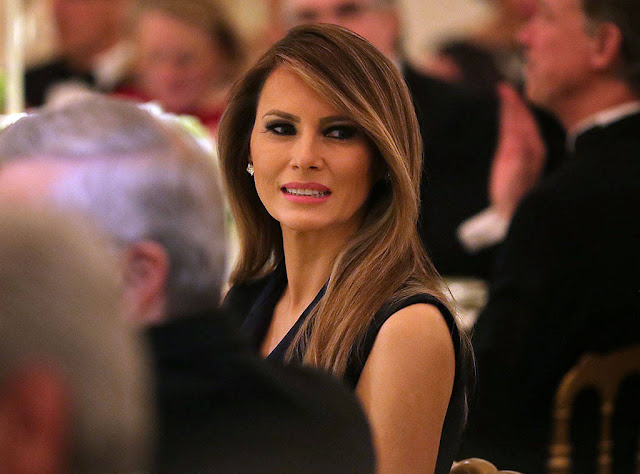 Hank Siemers is getting some unwanted viral attention after a bombshell — but unsubstantiated — report claimed that the head of security at Tiffanys and Co. has been having an affair with Melania Trump.

There have been rumors floating around for months about the allegedly shaky relationship between Melania and Donald Trump, including frequent reports that the two were nearing divorce. However, a new report laid out apparently lurid details of a long-term affair Melania had been having with Siemers.

To preface these allegations, none of these rumors have been substantiated in any way, and there is no hard proof of an affair between Melania Trump and Hank Siemers. There have been a number of shaky rumors following Melania ever since Donald began his campaign for president, and there is no indication if this one is true or possibly an attempt to smear the First Lady. It could also be considered a smear against Siemers, and there would be no reason to consider the reports truthful unless some concrete proof were offered.

Whatever the case may be, Siemers have garnered viral fame after playwright and novelist Monica Byrne unleashed a tweet storm alleging that Melania was having an affair. Byrne claimed that this affair is not a secret from Donald Trump and that the two had actually planned to get divorced had Trump not won in November.
Hank Siemers US Melania Donald Trump