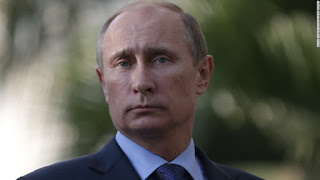 Moscow, June 2: In a first, the President of the Russian Federation Vladimir Putin on Friday rejected the allegations of tampering in the Presidential elections of the United States of America. Putin emphasised Russia was unjustly blamed for intervention in the elections held last year. He added there was no specific evidence that establishes intervention. Responding to the questions of media persons, Putin said the IP addresses can be invented by anyone. Even a three-year-old boy can invent addresses. Putin was referring to the investigation of the Federal Bureau of Investigation in the charges.

President Donald Trump abruptly fired FBI Director James Comey from his post early last month, citing reasons that the White House has given various reasons for Comey’s firing, including that he did not have the backing of the bureau’s rank and file. However, the report suggests he was removed from the office for investigating Trump and his aide Michael Flynn for allegedly seeking the intervention of Russia ahead of elections. However, the allegations were rejected by the White House.
Modi Moscow Putin US elections