Actor Rajpal Yadav is out from Prison 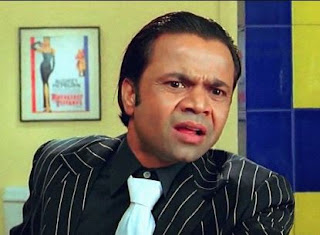 Actor Rajpal Yadav, who came out of prison late February after serving a sentence in a case of non-repayment of a loan, says he is healed, happy and excited to go back to a film set and start shooting all over again.In November 2018, the Delhi H

igh Court sentenced him to three months in prison for non-repayment of a loan of Rs 5 crore that his company took to produce a film in 2010.He was lodged at the Tihar Jail, and there was news that he had also performed during a cultural programme held for the prison inmates.

"There was a lot of discipline that we all had to follow. But I always tried to engage my mind with something or the other. I used to interact with the fellow prisoners during recreation activity; I used to conduct an interactive session that we named Rajpal Ki Paathshala,'' Yadav shared.

"I gave a motivational speeches. Did exercise in the morning. We had access to the library and I used to sit there and read,'' he added in his statement.