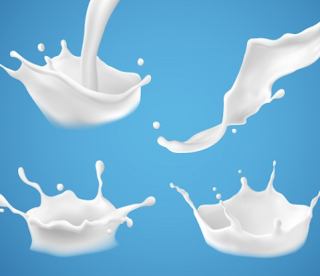 According to the report published in Times of India a checmical gang has been busted who was manufacturing adultered milk, it may contain white paint and detergents.

In a major crackdown, Madhya Pradesh STF has busted three factories that were manufacturing highly toxic synthetic milk and passing them off as branded milk in five states in connivance with quality control officers and agents. The poison factories were in the Chambal districts of Morena and Bhind, and Bhopal and Delhi were among the main supply markets.
Not just milk. Paneer also isn’t what it should be, as STF confiscated a large quantity of this adulterated stuff. Collectors in several districts have been alerted to collect samples of milk and test for adulteration.
The deadly liquid is said to be a cocktail of milk, white paint and shampoo or detergent. Urea was also mixed and the ‘milk’ sold in spurious packaging of two well known brands. There was no way an ordinary family would make out it was fake.