October 22, 2015
Today, 18 finalist teams for the Little Box Challenge, presented by Google and the IEEE Power Electronics Society, converged at the Energy Department's National Renewable Energy Laboratory (NREL) to have their power inverters tested as part of a $1 million competition to build smaller devices for use in solar power systems. 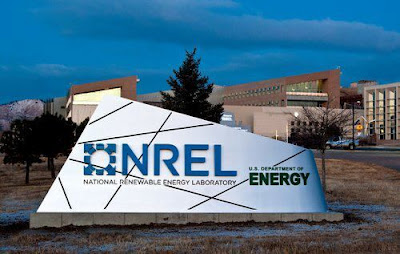 "We're very curious to see how the teams are tackling the different challenges that are inherent in trying to make inverter technology smaller and to see the performance of the final prototypes," NREL Research Electrical Engineer Blake Lundstrom said. "The creativity and enthusiasm the teams bring to the competition is exciting and we hope some of the technical solutions will have long-term applications."

More than 100 teams submitted technical approach documents and testing applications. On Oct. 21, each of the 18 finalists brought their inverters to the Energy Systems Integration Facility (ESIF) on the NREL campus in Golden, Colorado, to begin testing and evaluation. The day also included each team describing the highlights of its design and lessons learned to a team of researchers and engineers from Google, IEEE, NREL, and others in the power electronics industry.

NREL researchers have collaborated with Google and IEEE to assist in designing the specifications and evaluation methodology for the prototype inverters; each inverter's efficiency and performance will be evaluated using the same set of typical operating conditions spanning 100 hours. Each inverter must be able to meet most of the same specifications required of inverters already available commercially.

The test results will help Google and IEEE decide the winner of the $1 million prize. To be successful, teams will have designed and built a residential-scale inverter with the highest power density - at least 50 watts per cubic inch. Currently, inverters are about the size of a picnic cooler and Google would like to see the technology shrink to the size of a small laptop computer, or smaller. Shrinking the inverter by 10 times or more and making it cheaper to produce and install would enable more solar-powered homes, more efficient distribution grids, and help bring electricity to remote areas.

The grand prize winner will be announced sometime in early 2016.
ESIF is the newest Energy Department user facility and the only one in the nation focused on integration of clean energy resources into the electric grid at utility scale. At ESIF, NREL offers industry partners access to award-winning, state-of-the art lab space, and a team of specialized scientists and engineers who provide advanced capabilities for research, development, and demonstration of key components of future energy systems.

The work was supported by funding from the Energy Department's Office of Energy Efficiency and Renewable Energy in support of its SunShot Initiative. The SunShot Initiative is a collaborative national effort that aggressively drives innovation to make solar energy fully cost-competitive with traditional energy sources before the end of the decade. Through SunShot, the department supports efforts by private companies, universities, and national laboratories to drive down the cost of solar electricity to $0.06 per kilowatt-hour. Learn more at energy.gov/sunshot.

NREL is the U.S. Department of Energy's primary national laboratory for renewable energy and energy efficiency research and development. NREL is operated for the Energy Department by The Alliance for Sustainable Energy, LLC.