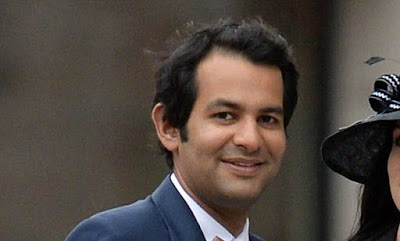 A writer of Indian-origin wrote the speech on tackling Islamic extremism and "the failures of integration" that British Prime Minister David Cameron delivered recently.
Ameet Gill, 32, has now become one of Cameron's most trusted advisors since joining his team nine years ago, the Daily Mail reported on Tuesday.
His induction gave him daily access to the prime minister, making him the most influential figure from an ethnic minority background in British politics.
Gill admits struggling with his own ethnic identity in the past and recalls the hardships he faced while growing up with dual identities as a second-generation migrant Briton. 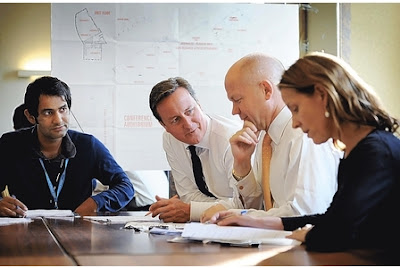 "Sometimes you feel British, sometimes you feel Indian, sometimes you feel nothing, and if there was an ideology such as Islamic State around for others like me when I was a teenager, I have no doubt that some of my friends might have been attracted to it," Gill was quoted as saying.
Cameron's speech last week spoke about how terrorists could offer "a sense of belonging" that some young people lack at home, leaving them susceptible to violence.
Having seen the struggles of his own family, Gill was also behind Cameron's speech last month attacking the ridiculous merry-go-round of taxing low-earners, then giving them money back in benefits.
Gill's parents arrived in Britain as impoverished teenage migrants from rural India. He grew up in Banbury, Oxfordshire.
Gill studied history on a scholarship at Oxford University and worked as a researcher for television. His parents wanted him to be a doctor or engineer but Gill started out as a Labour party supporter.
Although now on the Liberal wing of Britain's Tory Party, he was among the first in Cameron's circle to flag up the issue of immigration.