Attack at Indian Air Force Base in Northern Punjab 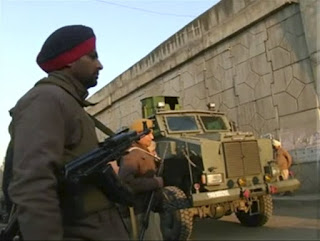 The United States strongly condemns the terrorist attack on an air force base in the Indian state of Punjab on January 2. We extend our condolences to the victims and their families.

The United States is committed to our strong partnership with the Indian government to combat terrorism.

We urge all countries in the region to work together to disrupt and dismantle terrorist networks and to bring to justice the perpetrators of this heinous act.

Actress from Bhopal Divya Chouksey passed away due to cancer