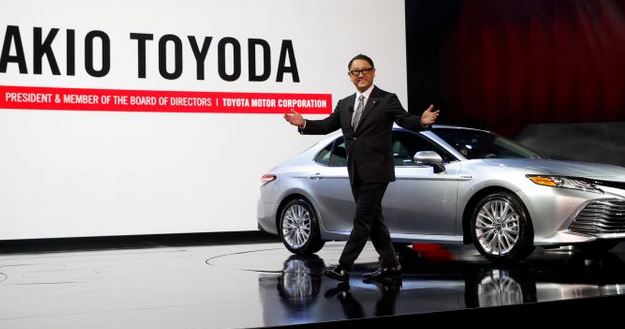 Toyota Motor Corp on Tuesday said it would add 400 jobs to build more SUVs at one of its U.S. plants, highlighting its expansion plans just as U.S. President Donald Trump calls on manufacturers to build more cars in the country.

The Japanese automaker said the jobs were part of a $600 million upgrade of its plant in Princeton, Indiana, and were included in its plans announced earlier this month to invest $10 billion in its U.S. operations over the next five years.

The announcement comes as Trump focuses on protectionist trade policies during his administrations' first week, including a formal withdrawal of the United States from the Trans-Pacific Partnership trade deal on Monday.

The president has previously favored a 35 percent tariff on imported vehicles and pledged to renegotiate the North American Free Trade Agreement with Mexico and Canada to promote a "buy American and hire American" policy.

He has also criticized automakers including Toyota for producing cars in neighboring Mexico for export to the United States and on Tuesday will have breakfast with the chief executives of General Motors Co , Ford Motor Co and Fiat Chrysler Automobiles <NV FCHA.MI> to discuss boosting U.S. employment.

Toyota last year produced around 1.4 million vehicles in the United States, its largest market. It operates 10 factories in the country, including the plant in Indiana which new Vice President Mike Pence visited while he was state governor.