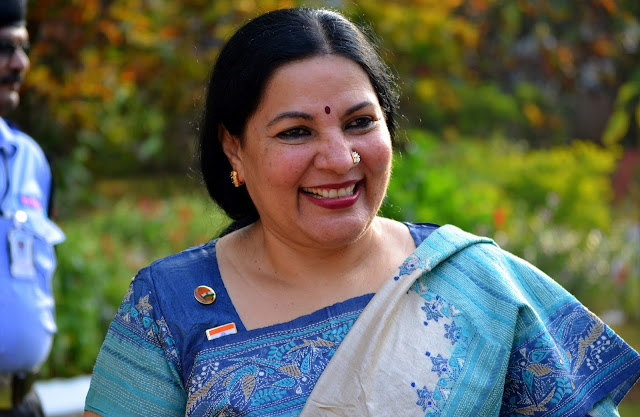 Sources have confirmed that Sunaina Singh’s appointment order was signed off on by the president on Tuesday. Her appointment letter reached Nalanda University this evening.
As per rules, the president has to choose the vice-chancellor from a group of at least three names forwarded by the university’s governing board. As per sources, 135 names were screened, while six applicants were called for interviews. Out of the three names forwarded to the president, her name was at the top, The Wire has learnt.
Nalanda University is a flagship initiative formed under India’s Act East policy, which was first proposed at the East Asia Summit in 2007. It was envisioned as a project to evoke India’s historical and cultural linkages with South East Asia and beyond.
Earlier on January 27, President Mukherjee appointed computer scientist and former IIT Delhi board chairman, Vijay Bhatkar – who is also the president of the RSS-affiliated Vijnana Bharati – as the university’s chancellor. And with Singh’s appointment, the university’s change in leadership is now complete.
BUREAUCRACY NEWS TRENDING