Mayawati is a gangster, sought Rs 50 crore: Siddiqui; she calls him a blackmailer

Expelled national general secretary of the BSP Naseemuddin Siddiqui on Thursday described party chief Mayawati as a gangster who leads a number of criminal gangs while she hit back labeling him “a habitual blackmailer”. 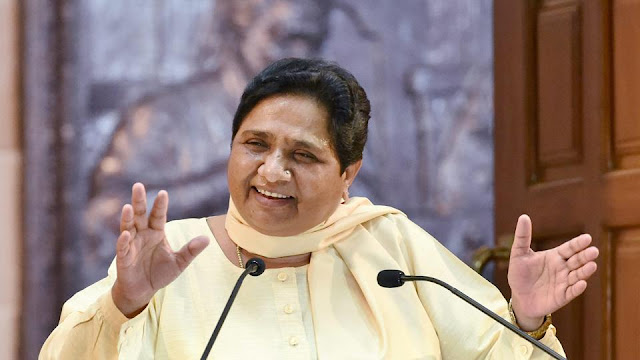 “On her direction, members of her gang kill people, set houses afire, beat up rivals, break their cars and issue threats as well,” he alleged. She had also hatched a conspiracy to kill a senior BSP leader, Siddiqui said at a press conference, a day after he and his son Afzaal were expelled from the Bahujan Samaj Party for alleged anti-party activities.


A belligerent Siddiqui said that on Mayawati’s direction, members of her gang set afire the house of former UP Congress Committee president Rita Bahuguna Joshi, who is now cabinet minister in the BJP government.


A number of BSP leaders who challenged her authority were beaten up and tortured by members of her gang, he said.


Once a confidant of the BSP chief, he said Mayawati had demanded Rs 50 crore after the assembly election. He released audio tapes to support his charge. In the tapes, the BSP chief is directing him to fulfill her orders and collect money from the candidates. Mayawati is also heard directing him to deposit the fund collected during the membership drive.


“When I failed to fulfill her demand she expelled me from the party,” he said. “I joined BSP in 1984 and served it since then. I am aware of all the illegal investments made by Mayawati and her brother Anand. I will release more proof of her illegal properties to the media soon,” he said.
MAYAWATI SIDDIQUI