Pakistan lawyers give 7-day deadline to Sharif to quit 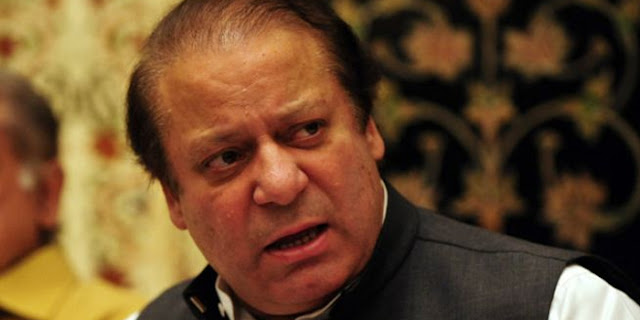 Pakistani lawyers today gave a seven-day deadline to Prime Minister Nawaz Sharif to resign on the Panama Papers scandal otherwise they will launch a nationwide movement against him.

Lawyers were divided into two groups: anti-PM and pro-PM. They raised slogans and counter-slogans to support their stances.

During the ruckus, some lawyers also broke the windowpanes of the hall where the convention was being held. The police reached the scene but did not interfere.

The disturbance continued for more than two hours after which the anti-PM group, led by Supreme Court Bar Association (SCBA) President Rashid A Rizvi, moved to the GPO Chowk and staged a protest demonstration there.

The commotion started even before the beginning of the convention when a pro-PM lawyers’ group—led by PML-N Lawyers Forum President Naseer A Bhutta and their like-minded bar representatives—reached the venue and took control of the stage and started chanting slogans in favour of the prime minister. Members from the PML-N’s Lawyers Wing tried to prevent members of the SCBA and LHCBA from reaching the convention stage and starting its proceedings.