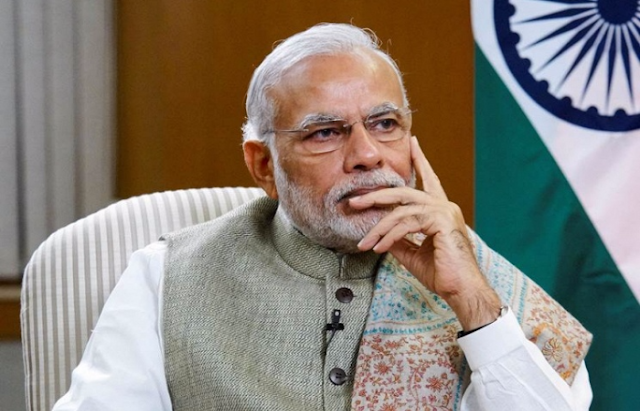 NEW DELHI: Prime Minister Narendra Modi on Tuesday asked Muslims not to allow the triple talaq issue to be politicised and urged a leading organisation of the community to take the lead in initiating reform in this regard.

He made the comments while interacting with leaders of the leading Muslim organisation Jamiat Ulema-i-Hind who called on him here.

Welcoming the members of the delegation, the Prime Minister said that democracy's greatest strength is harmony and amity, the PMO said in a statement.
Emphasizing that the government does not have any right to discriminate among citizens, Modi said

India's speciality has been its unity in diversity, it added.
On triple talaq, the Prime Minister reiterated that the Muslim community should not allow this issue to be politicised, the statement said.


He urged the delegation members to take the responsibility for initiating reform in this regard, the PMO said.