BHOPAL: Bhopal traffic police launched 'e-challan' system on Friday at a function at Police Training Institute to make fine system more efficient and transparent. E-challan is the first of its kind in the state and will not only help implement traffic rules effectively, but will also help identify stolen vehicles. Yogesh Choudhary, IG ( Bhopal range), said "e-challan will make the system more transparent and will rule out allegations against traffic police of charging more fine. It will also help identify repeated offenders."

"The system has many functions such as inspecting officer's accountability, identifying stolen vehicles and others. It will also inter-connect with SCRB and NCRB database for information on stolen vehicles registered in MP and other states. It's a brilliant thing, which will bring more efficiency and save time," Choudhary said.

A traffic constable, who doesn't wish to be named, said, "Whenever we catch a violator and tries to fine him, he starts calling influential people. When we fine traffic violators they say we are charging more money. On many occasions we let them go because of these reasons. But now system is transparent and effective. We can identify repeated offenders and they will be fined accordingly." 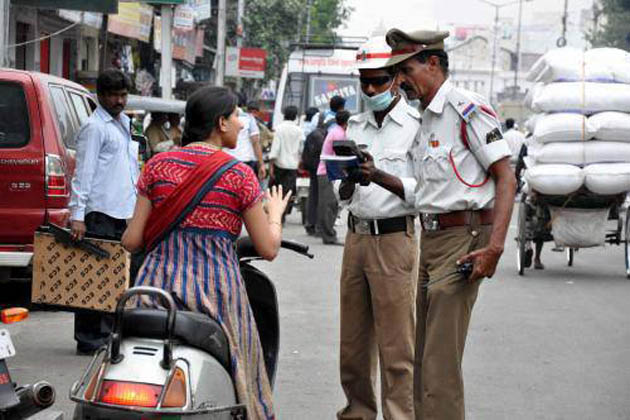