What are the interesting things which we can do with Ubuntu OS ? 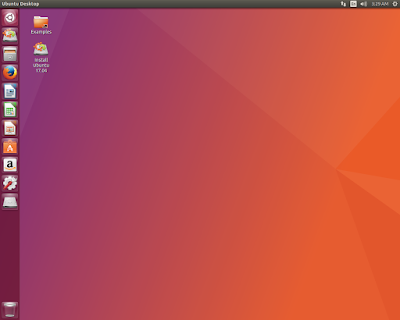 Ubuntu Tweak
Ubuntu Tweak is a must have application for Ubuntu and it’s derivatives. It is an application to configure Ubuntu easier for everyone. It provides many useful desktop and system options that the default desktop environment doesn’t provide. Using Ubuntu Tweak you can install all needed applications with a simple click, you can change the window buttons from Left to right…etc.

Cinnamon is a GNOME 3 fork that allow you to have a panel at the bottom with a classic Menu, this is useful for people that want to use Ubuntu with a classic Bottom Menu.

If you want to install the most recent version of cinnamon, then follow the steps below.
sudo apt-get install cinnamon-desktop-environment

The MATE Desktop Environment is the continuation of GNOME 2. It provides an intuitive and attractive desktop environment using traditional metaphors for Linux and other Unix-like operating systems.

Want to setup your online accounts (Facebook, twitter.. etc.) on your Ubuntu system? Click on the gear button on the top right corner and select System Settings.

Conky is a free, light-weight system monitor for X, that displays any information on your desktop. There are many nice themes available for conky that can display clock, CPU usage, RAM usage, swap, disk, net and more.

VLC is the best media player for Linux it play almost everything, it has many features that you can not find in any other media player

You can install VLC from Ubuntu Software Center or via terminal by using the following command:
sudo apt-get install vlc

As you may know, Steam is an ultimate gaming platform developed by Valve corporation. Steam is available for GNU Linux, Mac OS X and Windows. Recently, Valve has developed and released SteamOS, a Linux based distribution built around Steam client. You can either download and install SteamOS on your system, or just download and install the steam client to play games on your existing operating system.


DK for this run the following command from your terminal:
sudo apt-get purge openjdk*