India leading polluter, says US President Donald Trump while pulling out of Paris climate accord 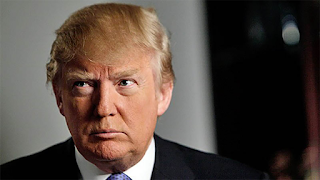 In a speech delivered at the White House's Rose Garden, President Trump indicated that India and China - in his words among the world's leading polluters - were getting off easy.

Trump compared the concessions granted to India under the deal, saying that while while India was allowed to double its coal production by 2020, the United States was expected to "get rid" of its coal jobs


'The agreement doesn't eliminate coal jobs, it just moves them to foreign countries,' Trump told a gathering of media in Washington.

President Trump went on to say that the Paris climate accord was an example of an agreement that disadvantaged the United States of America and was in fact about other countries gaining a "financial advantage" over the United States.

Supporters of the accord condemned Trump's move as an abdication of American leadership, an international disgrace and a monumental foreign policy blunder. His predecessor, Barack Obama, expressed regret over the pullout from a deal he was instrumental in brokering.