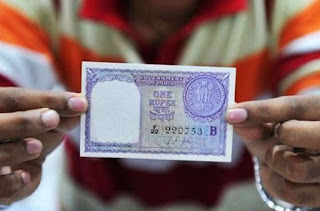 I've fielded variants of this question from non-economists many times. I always respond with the same question: What does Bitcoin have to teach us about the economy? The potential lessons differ depending on whether you're thinking about economic researchers or practitioners, so I'll address each in turn.

From a researcher's point of view, has the operation of the Bitcoin market surprised us or forced us to reconsider our understanding of currency markets? As far as I can tell, no. The world has extensive historical experience with fiat currencies, including ones circulated privately by banks. (See, for instance, the so-called wildcat banks which operated in the US until the passage of the National Bank Act of 1863.) We know a lot about how currency markets operate and the factors determining inflation, exchange rates, and circulation. Bitcoin is uniquely decentralized, but Bitcoin economics aren't fundamentally different from those of any other currency. In fact, they're simpler - inflation is highly predictable, and nobody has to forecast central bank policy.

Viewed as a bubbly asset, Bitcoin is marginally more interesting, because it's a very clean example. In particular, it doesn't have intrinsic value like housing or guaranteed demand like a government-backed currency to muddy the waters. (Requiring taxes be paid in a currency is a great way to prop up its value.) But Bitcoin is far from the only example, and the theory of bubbly assets is well-developed. Eugene Fama's contributions, by the way, include research casting doubt on our ability to recognize bubbles in advance. Further, Bitcoin isn't a great data source because the market is nearly opaque. Transactions are anonymous, so we can't tell what goods are being purchased with Bitcoins, who's buying and selling, and hence what drives the currency's value. It's not clear that studying Bitcoin price movements will teach us anything about the determinants of a bubbly asset's price.

Meanwhile, from a practitioner's point of view Bitcoin is small change. The total value of all Bitcoins is currently about $5 billion (according to Bitcoin Watch). That's on par with a single mid-cap stock. So Bitcoin circulation isn't really worth watching - the aggregate affect of Bitcoin purchases on the broader economy is bound to be minimal no matter who holds them or how they're spent. Are Bitcoins having an outsized impact on select sectors of the economy, such as illegal drug and arms purchases? Possibly, but that's more a concern for law enforcement than economists. At the moment Bitcoins just aren't a relevant metric for banks and other market institutions.

Overall, Bitcoin is a fine example of a currency market, but it hasn't (so far) told economists anything new about how the world works. It's not surprising that most research on Bitcoin is from a cryptography standpoint, because that's really the interesting part of the whole endeavor. Bitcoin is primarily a technological, not an economic, innovation. Will Bitcoin someday be an important enough medium of exchange to be worth economists' attention? Maybe, but not today.
TECHNOLOGY NEWS